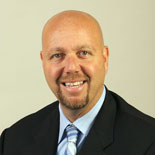 For almost a quarter of a century (25 years), Blum Law Group's primary focus is in the practice of Securities Arbitration and Litigation, resulting in the recovery of millions of dollars on behalf of aggrieved investors. The Firm's securities claims focus on brokerage firms' failure to supervise their financial advisors who engage in unsuitable investment recommendations, the excessive trading of customers' accounts, inappropriate allocation of portfolio assets, misrepresentations and/or material omissions of fact resulting in fraud, negligence, breach of fiduciary duties, selling away, failure to advise their clients of risk management strategies and excessive use of margin. The Firm's securities cases have been featured in such financial and national publications as The Wall Street Journal, The New York Times and Investment News.

Mr. Blum spent many years in the financial services industry as a licensed stock and commodities broker trading for institutions and private individuals prior to becoming an attorney. He worked in the "pits" of the Commodity Exchange in the World Trade Center in New York. Mr. Blum then combined his extensive experience and knowledge of the securities industry with a law degree and joined one of the largest and most prestigious law firms in the world, with 16 offices and over 500 attorneys.

Mr. Blum learned the inner workings of the arbitration process during his tenure at NASD Dispute Resolution, now known as FINRA, which is the forum where approximately 90% of all securities disputes are resolved. At the NASD, Mr. Blum assisted in the adjudication of hundreds of securities arbitration cases.

In 1997, Mr. Blum shifted his practice from representing brokers and brokerage firms to the representation of aggrieved investors who lost money as a result of misconduct by brokerage firms and their employees.

Mr. Blum has recovered well over $100 million dollars of investors' losses. His success has been recognized worldwide. His cases have been featured on CNN, Inside Edition, CNBC, and in many news reports. Many financial publications have also reported on Mr. Blum's law firm such as The Wall Street Journal, Money Magazine, The Washington Post, The New York Times, The Miami Herald, The Palm Beach Post, Time Magazine and others. He was one of the first attorneys to win a 'Research Analyst' case. Moreover, he has had numerous arbitration panels order brokerage firms to pay his clients all of their attorney's fees. He is also a frequent lecturer and speaker in legal issues.

Over the past 25 years, Mr. Blum has drawn on his experience as an Editor for the Law Review to author and publish numerous articles, including Punitive Power: Securities Arbitrators Need It and NASD Mediations: PLI Securities Update. He has also won punitive damages in various cases.

Mr. Blum is admitted to practice law in all of the Florida State Courts and numerous United States District Courts (Federal Courts). Moreover, Mr. Blum is an approved Arbitrator, lending unique perspective to his practice.

Mr. Blum founded Blum Law Group, a law firm with experienced attorneys and staff that focuses on representing investors worldwide with their claims for losses due to stockbroker misconduct and brokerage firm negligence. The law firm represents clients with monetary losses due to any type of financial fraud or negligence. The law firm maintains headquarters in Fort Lauderdale with offices in North Carolina as well. Mr. Blum represents investors across the United States and overseas.